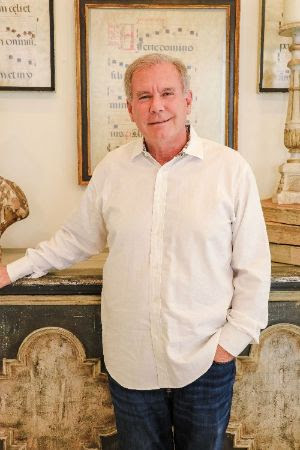 Mike McClain was born in Shreveport Louisiana. His family later moved to Longview Texas for his dad’s job as a Machinist at Eastman. In 1970, he graduated from Longview High School. He realized soon after graduation, continuing an academic path was not for him. He had a few part time jobs, and then landed a job in Arlington Texas. Mike married the love of his life, Jan in 1977. From the very beginning, she has been his number one fan and gave Mike daily encouragement and support. In 1979, he changed jobs and moved back to Longview. He worked hard, but he knew once he found out he had a son on the way, he wanted more for his family! What came next was completely unexpected and a huge leap of faith.

June 10, 1980 – just two hours after his son was born, Mike quit his job and began McClain & Associates. He says, “In 1980 with a hope and a prayer, it was hard, very hard, I started with stuffing box packing in my dad’s garage.” He had daily goals to grow the business and provide for his family. Initially, what drove Mike was pure survival he says. He wanted the best for his family, and wouldn’t settle for anything less.

Now, almost 41 years later, the business has grown significantly. What started as “McClain & Associates” has become “McClain Oil Tools.” Mike says, when he first started, he wanted to have a broad name in case he didn’t make it in the oil tool business. He wanted a name that could cover a variety of businesses. After achieving 30 years in the oil tool business, he decided to do business as “McClain Oil Tools.” He says, “It specifies what we do and tells a story.” Mike continues to work hard and expand the business alongside his son, Adam and his daughter, Lauren. Mike says, “One accomplishment that stands out the most to me, is being able to work with my kids. It’s a joy to be able to come into work and have my kids here at the shop. This is what I wanted, a family business.” Mike prides himself on his work ethic and being a family man. He says, “I hope my kids are proud of me and think that I have been a good dad. I hope my customers think of me as a good business man and that I have always treated them fair.” Fairness and kindness are characteristics he strives for the company to be. Mike says, “It’s more about treating people fair and taking care of their needs, rather than cheating someone to make a sale.”

During his free time, Mike enjoys life at the lake, golfing when he’s able, spending time with his kids and grand kids, Ryan, Kylie, Hazel, and Hattie. Mike and Jan will celebrate their 44th wedding anniversary this fall. Looking back Mike is so thankful he had the support of his wife even on the toughest days. She was always there to lift him up. He says, “Even when the business wasn’t stable, she was always my rock of stability.” Her words of encouragement, and always being by his side really helped his drive for the business. Mike is grateful for the highs and lows. He believes it’s what built him into the business man he is today. He can’t thank his customers enough for entrusting him, and continuing their support and business with McClain Oil Tools.

Stuffing boxes are used in the oil and gas industry, as well as in the agricultural and industrial sectors. They provide a tight seal…
Read More
Follow Us
Facebook-f Youtube Twitter Linkedin-in